skip to main | skip to sidebar

An Archive of Feelings 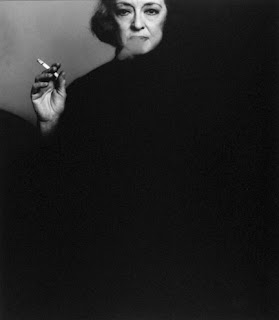 Joan Didion once wrote, concerning the time in her life when her burgeoning journalistic renown sharpened her own equally growing state of personal disconnection, “Once in a while I even answered letters addressed to me, not exactly upon receipt but eventually […] ‘During my absence from the country these past eighteen months,’ such replies would begin.” Her epistolary dodge seems apropos to me now, after a 4-year unplanned blogging hiatus in an era when there are no longer any legitimate excuses for being out of touch. The heroic, pathological motto of our age is technological connectivity. But the relation of connectivity to actual connection is more intangible. As it turns out, walking away from one’s blog was relatively easy, given the surplus of competing screens.

If it weren’t for some strategically placed security questions, set randomly in the distant past, this post would have remained a glimmer of private thought, given that the passwords for my pseudonymous accounts were long forgotten, washed away in the wave of other passwords, login names, and profile pages of “the real me.” That said, this really isn’t a post-mortem, although I am not convinced, do not yet know, that it composes a return either. Perhaps more descriptively, this is a return to a treasured, forgotten place. It is reassuring to see that the electronic matrix of the interwebs has kept everything here (barring spam comments) neat and tidy, just as I left it, as if I had quickly stepped out for a coffee or a pack of cigarettes and not, as indeed what did happen, that I became distracted by other things, some important but many inconsequential (viz. Facebook).

In returning to the blog, and thinking through what blogging meant to me in a particular space and time in the second half of the aughts, I recognize a fleeting, fragile, yet tangible electronic community in extremis. This contingent society enabled me to think through the then-recent calamitous events in my professional life as I began what I once sardonically called my second (professional) marriage, connecting me to a pixilated group of like-minded scholars and writers whose own reflections (on their blogs and in their commentary) complemented my own disparate thoughts in productive and fruitful ways (something I share with others). Returning after so long to this place, I also see that the blog provided a forum for some pretty good writing (here, here, here, here, and here), as well as the context for a rigorous and regular writing practice on a wide range of topics: professional development, teaching, academic social norms, pop culture, cultural politics, and deeply personal reflection, in particular several meditations on place.

A compelling aspect of this anthology over the course of three active years is the change in my narrative voice, from sassy, campy, and wise-cracking to sober and introspective, with a seriousness that towards the end bordered on brooding. Part of this shift was the growing awareness of a committed readership, including readers who knew my real identity. But I also find that the blog’s writing mirrored my own deeper movement into the profession, from acolyte to priestess. And it is this movement deeper into the structure of the professoriate that continues to challenge me. One attains the ostensible markers of professional accomplishment, even as the profession itself mutates into different creatures and forms. The total effect is really to keep one guessing, constantly questioning the parameters of success, performance, and accomplishment.

To wit, my tenure and promotion did not bring with it the anticipated rush of relief, although obviously I was happy to achieve it. Many of my thoughts on this entrance into the true mysteries of the profession are captured in this recent piece on Reassigned Time 2.0. I would add that, for myself, tenure and promotion did not lesson my general professional anxiety and deep distrust of institutions. If anything it heightened it, in ways I am still dissecting. Constructing a convincing narrative of one’s evolution is always a tricky process, although we keep to the shibboleths we have learned in our training, repeating them like a mantra in the face of a world increasingly marked by chaos. This blog forms a personal archive of my years of struggle and wonderment as an assistant professor: one possible index to a once and future self.

But for the moment, back in this beloved and abandoned place, I savor most the memory of friendship and camaraderie that came together here evanescently, for a brief while.

Seeing a post from you pop up on my feed gave me a rush of happiness--not a totally explicable one, I grant, since I see you on Facebook and know the basic details of what you're up to.

But blogging is different. Some people's voices one pines for in a longer form, some minds one wishes to see at work. Your voice is one of several that I've really missed (intermittently, but not infrequently) over the years.

It's nice to see you back here, however briefly. I hope you pop in again from time to time, as I've missed your voice.

How strange - I found your update just now after years of NOT looking at or for blogs. In any event, it was so wonderful to see you/your writing again. You were always one of my favorite bloggers because your voice is unmistakable: lyric, elegant, funny, full of care for the world. I never knew your real identity, but if you have any desire for a FB/RL connection email me (cyborgal_33 at yahoo ) .

I agree that it's an anthology and, I'd add, a memoir of sorts. Ever think about putting to paper to à la e-book?

This is lovely. keep it up.

My name is donald boykins , am here to appreciate Dr Akhigbe for using his herbal medicine to cure my Herpes virus. Is about 3 years and 6 months now I have been living with this virus and it has been a serious problem to me, I was so confused cause i have been taking several drugs to be cured but all of my effort was in vain,one morning I was browsing through the internet then I saw several testimonies about Dr. Akhigbe curing people from Herpes virus and immediately i contacted Dr. Akhigbe on his email: drrealakhigbe@gmail.com, i told him about my troubles and he told me that i must be cured, he gave me some instructions and which i rightly followed. so he prepared a herbal medicine and sent it to me which i used for 2 weeks and i was cured everything was like a dream to me and my Herpes virus was totally gone, dr .Akhigbe, God bless you and give you more power and ability for more cure.I don't know if there is any one out there suffering for herpes virus or any of these diseases..DIABETES, CANCER,  HIV/AIDS, HERPES HEPATITiS A AND B. FEVER, EPILEPSY, MENINGITIS, DENGUE SCHIZOPHRENIA, PROSTATE, THYROID, BACTERIA, MALARIA, DICK AND BREAST ENLARGEMENT,MULTIPLE SCLEROSIS, TUBERCULOSIS, DIARRHEA, POLIO, ARTHMA, LUPUS,  RABIS, JOINT PAIN, STOMACH PAIN,, HEART DISEASE, CHRONIC DISEASE,EPILEPSY, LUPUS, STROKE, SPINAL CORD INJURY, ECZEMA, KIDNEY DISEASE, ACME, BACK PAIN etc. why don't you contact dr.Akhigbe today and be free from your diseases because he is very good and honest Doctor and he is also called the godfather of herbal root contact him via email; drrealakhigbe@gmail.com or whatsApp him on +2348142454860
website https:drrealakhigbe.weebly.com

We have notice some very good content here and we nice reading.buy cocaine online and we also want us to read this blog post .order cocaine online if you want to know more about .buy dilaudid online you should read here for more .buy actavis online to make a blog site is not easy so read here how to make blog site .buy peruvian cocaine online with free hosting and more site too.

Your Article is no doubt very helpful for me and hope, also for the other visitors. I requested to maintain your standard. Thanks for publishing.

"The Masters Real Estate" is official sales partner of Lahore Smart City and 1st Smart City which is Capital Smart City . We are one of the most enticing options on the planet of real estate. Our prestigious forum provides the potential solution of all your ambiguities regarding the purchasing of shops, lands, and houses.

We have engaged our teams in various cities of Pakistan as well as the online world to make our services accessible. The provision of reasonable price real estate properties by our company is attracting the residents and the foreigners. We have intended to provide luxurious construction projects and houses at affordable prices to our nation. One more socity launch soon which is Faisalabad Smart City

Vibez365 is your daily magazine for all the latest news, and informative blogs on hottest topics around the world. We aim to provide the right information to our readers. Keeping in mind the passion, and the interest of our readers we not only focus on bringing you the blogs with the latest information but also, blogs straight from some of the best writers in the world.

● Do not ingest Tapentadol 100 mg Tablets if you have breathing problems.

● Tapentadol medicines will be harmful if there is any stomach obstruction.

● Also, Tapentadol 100 mg Tablets can turn infectious if taken any drugs 14 days prior.

Oso Raro
Academia, labour, society, and culture from a tenure-track perch in a cold place. Latino, Gay, Intellectual, Cynical, Clinical, not necessarily in that order. Antennae are extended ...

All original text on this site, including the title of the blog, is licensed under a Creative Commons Attribution-NonCommercial-NoDerivs 2.5 License.